Dental Technology At Your Vancouver Dentist

At Olympic Village Dental, we pair technology with experience and a genuinely caring approach for each individual. Take a look at our dental technology by clicking the links below and visit our office soon! 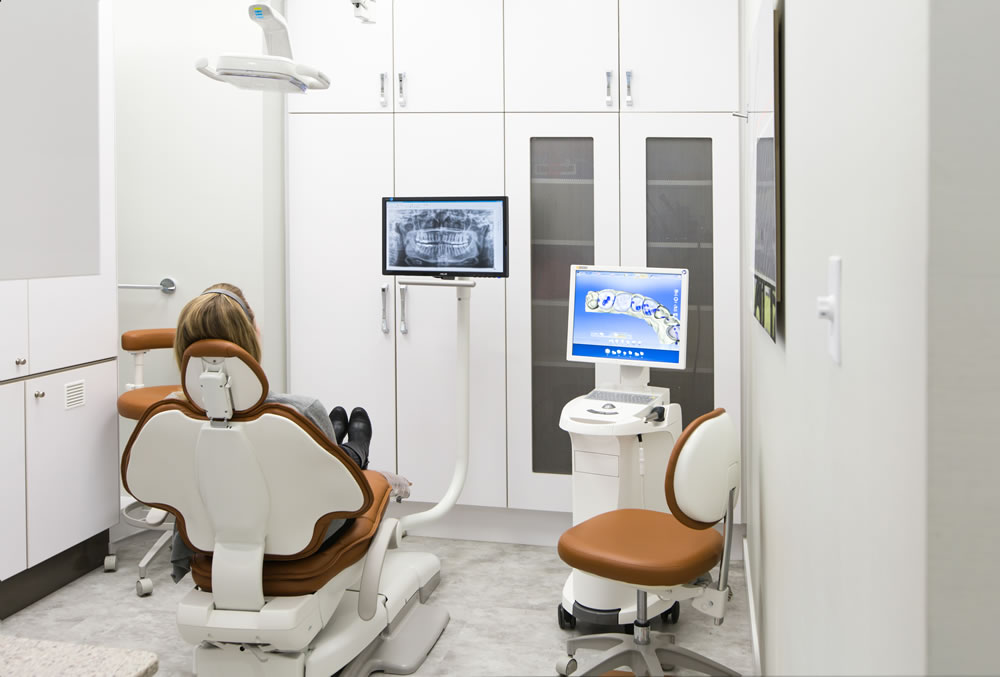 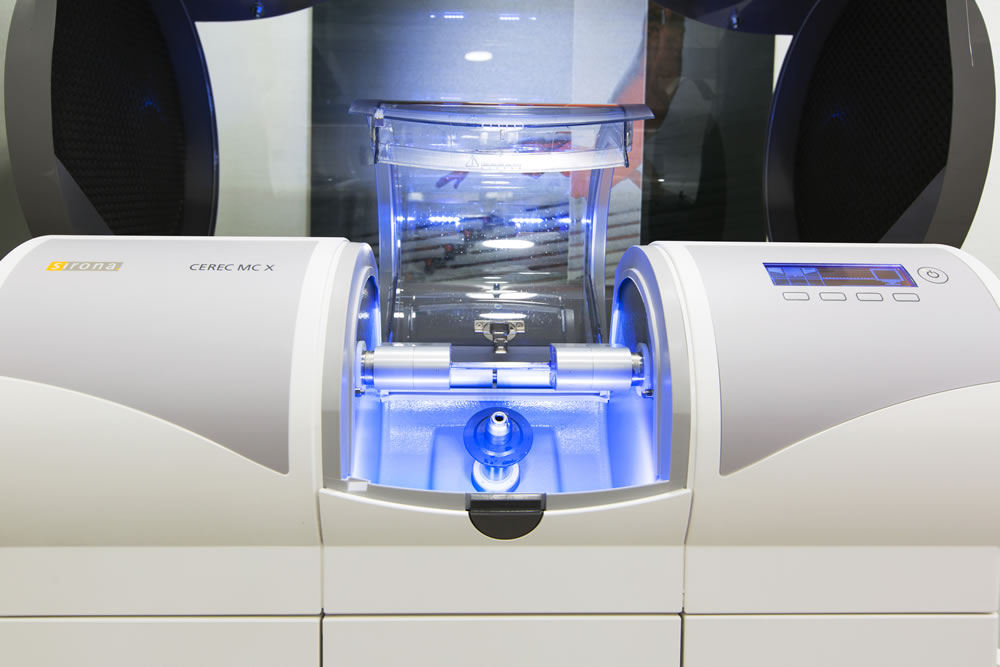 Implants have been a very welcome technological advancement in the field of dentistry. Many dentists only use 2D imaging, but we’re firm believers in what 3D imaging allows us to do.

We go through a 5-step sterilization process, but before it begins each and every cassette is wrapped individually, ensuring there is no chance for bacteria or contaminants to enter after sterilization.

We’ve invested in a VELscope diagnostic system, which shines a blue light in the mouth that permits our dental team to detect abnormal tissue at a very early stage.  If a lesion is found it is photographed under the blue light, measured, and followed up to make sure it is not serious. 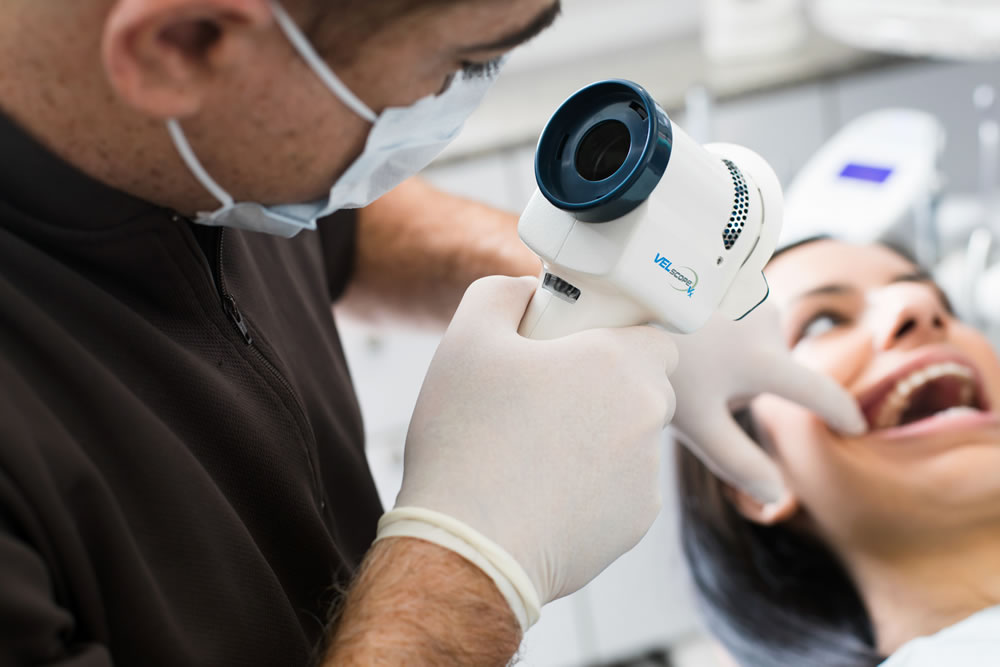 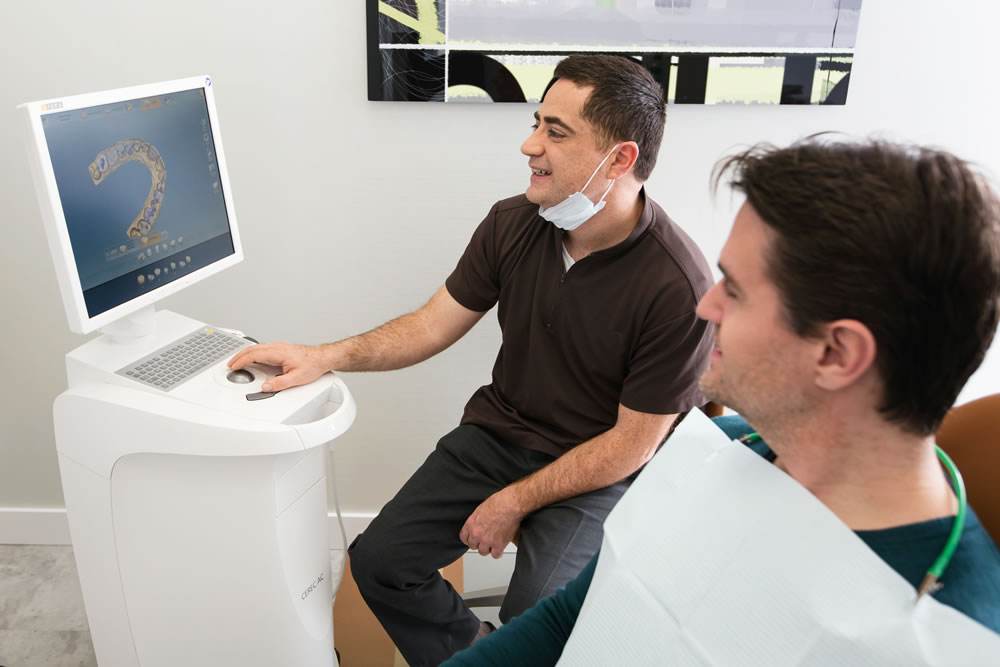 Keeping digital records for our patients means little to no chance of them being misplaced or damaged, and they’re also much more secure and quickly and easily transferable between other dental practitioners.

Digital Xrays are thought to be safer than traditional Xrays, because they emit significantly less radiation. Digital Xrays emit up to 90% less radiation compared to film-based Xray procedures used in the past. This is especially important for patients who need multiple x-rays.  Furthermore, because the image is sent to a computer and not to a film, the results are instant and much clearer than traditional versions. Last but not least, no film equals no waste for the environment, which is why digital x-rays are a green dental technology solution, too!

The KaVo Key 3 Laser enables our dental team to reduce the risk of infection, killing bacteria that cause cavities and sterilizing exposed tooth surfaces prior to a filling or other restoration. Our laser is safe and minimizes the use of the dental drill. It also eliminates the need for freezing in most cases.

We also use laser technology to detect cavities, treat periodontal disease and desensitize teeth that are sensitive to hot or cold.

At Olympic Village Dental Centre Centre we take patient communication and education seriously. We routinely update our website, and regularly communicate updates to our products and services through email updates.  Staying connected helps us help you! 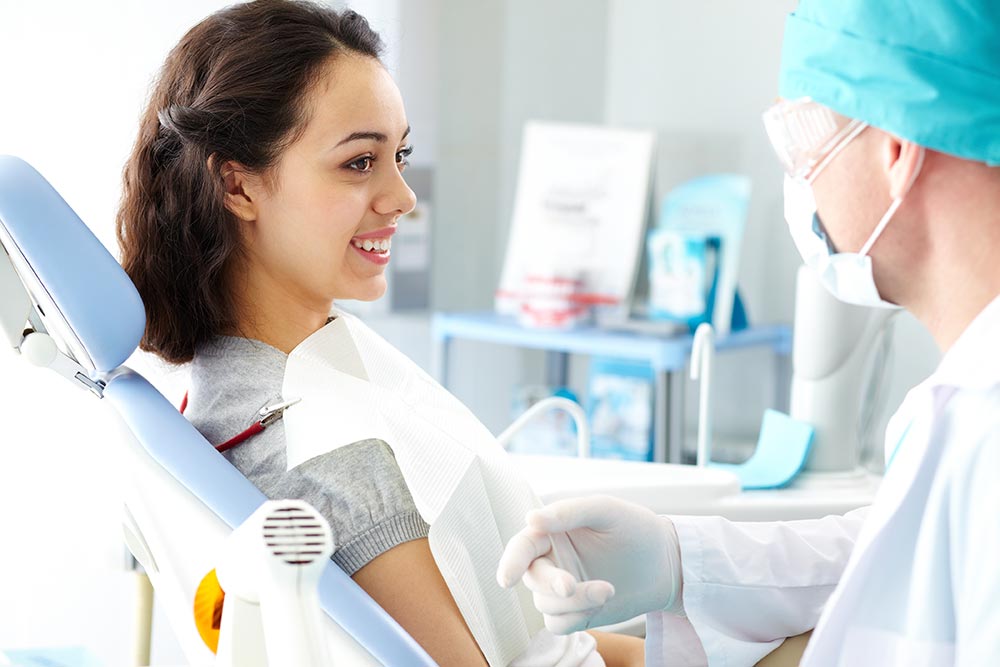 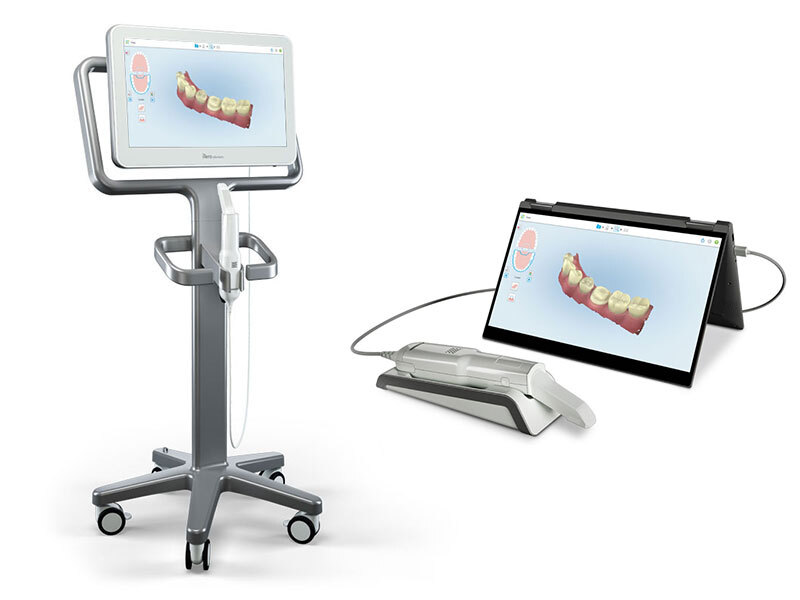 The iTero is a technology designed to measure a patient’s mouth using precise imaging technology to capture the small details in the mouth. This technology makes it easier than ever for dentists to gain more insight into their patients’ oral health while providing a comfortable patient experience.